Sea of dolphins at the Bay of Vizcaina.

It was time to leave Cedros Island. We were to sail through the Sea of Vizcaina, which traditionally had heavy winds during the daytime in summer. To avoid this, we left the harbor at 6am to diminish the time spent in the bad weather. 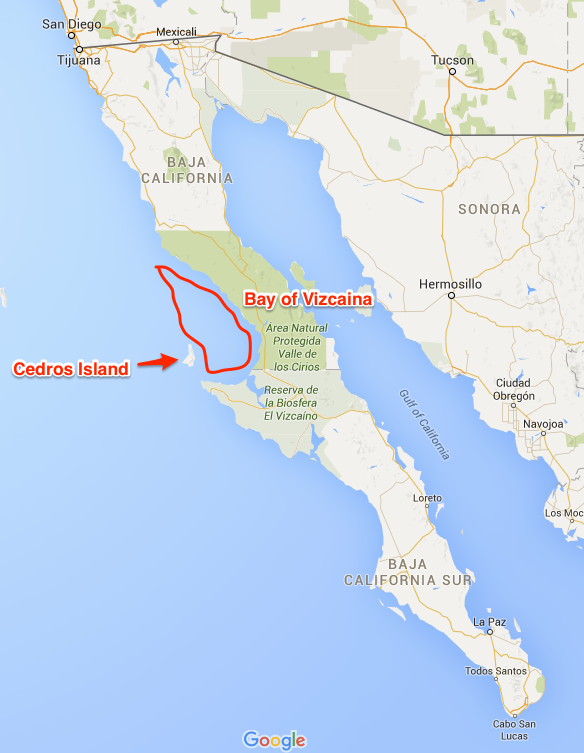 I went back to sleep after we raised the sails. Upon waking up again at 9:30am, I was shocked to discover a calm, mercury-looking ocean.

Captain Graham was also surprised. Of trekking through this sea one dozen times, he had only seen this anomaly once. We were expecting waves as strong as in the Los Cabos Fault. Alex was relieved to see Mother Nature give us an easy time.

This next sailing sprint lasted nearly 36 hours; our final overnight stretch. Being stuck on a 46-foot vessel allowed me to think a lot. I recall thinking about girls, school, the future, and friendships. Mostly about a girl though — it’s funny reflecting on the stuff the 19-year-old me cared about then (e.g. self image, confidence, validation and self worth) versus now (a little less infatuated with the self).

We had a few surprises along the way. There must have been some shallow corals near us at one point, because a sea of dolphins and seagulls filled a good chunk of nearby ocean. With the 7.0 megapixel point & shoot camera, I did my best to capture the moment.

That evening, Alex made us sloppy joe sandwiches.

We did the usual night watch shifts. I looked out for the ocean version of White Walkers, making sure I did my duty as Andy Snow, except not getting betrayed by my comrades.

We were scheduled to arrive at Ensenada in the evening. Seeing land still gave me mental security, providing me assurance that other people couldn’t be too far away. But those feelings were subsided by the cumulonimbus clouds that loomed above the land.

We steered the Pacifico into the Ensenada Harbor at 3:30pm. Ensenada was fully covered in overcast, while the skies above the ocean were completely clear. It was like we were heading into a storm. I expressed worry about lightning hitting our boat. Captain Graham shrugged it off, saying that in the off chance it were to occur, the steel plate at the bottom of the boat would absorb all of it.

Ensenada is one of the largest countries in Baja California, and definitely much larger than the coastal villages we had visited. A gigantic Mexico flag could be seen on land. It stood 50 meters tall with dimensions of 14.3 m by 25 m (47 ft by 82 ft).

Alex and I got to use the harbor facilities to shower. It was my 3rd shower in 10 days. Boy, a hot shower felt good at that time.

We then walked into the city to eat dinner at Captain Graham’s favorite local restaurant. Along the way, I couldn’t help but feel some cultural similarities between SoCal beach cities (Long Beach, Santa Monica) and Ensenada. The cars looked different, but the palm trees and center dividers were no different. It was at that moment when I realized: with only a 100 mile distance from San Diego, there cannot be significant differences in geography. Yet, Mexico and the United States are so clearly divided through chain linked fences, border patrol, and a lot of Homeland Security personnel.

The restaurant we went to was called El Rey Sol. We ate a multi-course meal. 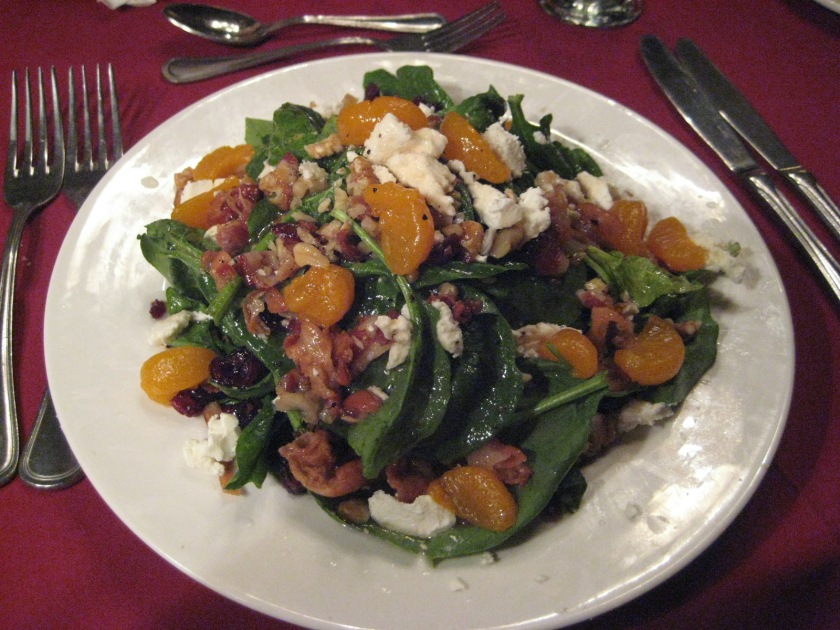 The couple next to our table was American. The husband was a professor at Cal Tech, and they lived in Pasadena! Small world.

After we ate, Captain Graham headed back to the Pacifico to sleep. Alex and I walked around the city for an additional hour, but the two of us didn’t feel comfortable. Neither of us were able to speak or understand Spanish. We were also concerned about the drug trade and abundance of murders around the border. Neither of us had conducted any research about Ensenada and spent more time looking behind our backs than what was up ahead. We soon walked back to the boat and slept.

The next day would be our final stops: San Diego and Long Beach!